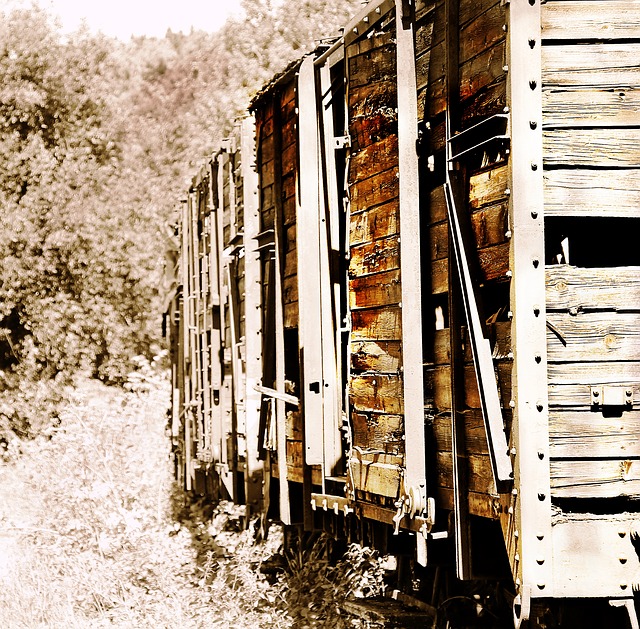 Trucks carrying trees and wood waste come and go and machinery hums day and night at the Enviva wood pellet plant in Northampton County in northeastern North Carolina. Like many wood pellet plants across the South, it’s in an area that’s mostly low-income and majority African American.

Richie Harding of Northampton County lives near an Enviva wood pellet plant and has organized opposition to it.

“We have people that live directly around these facilities that’s having a lot of issues with dust,” said Richie Harding, an Enviva neighbor who has organized opposition to the plant. “Every couple of days, they got to wash their cars. The noise, the traffic. You know, it’s a lot … having a facility of this type running 24/7.”

Enviva is the world’s largest wood pellet maker and opened the plant in 2013 in Garysburg, just off Interstate 95. It used to be an area of woods and farm fields, but that’s changed, said Marvin Claiborne. He lives about a half-mile from the plant, which can be heard through the trees.

“It’s not healthy at all,” Claiborne said. “But after you started hearing the noise and the stuff that’s in the air … ain’t no telling what you’re breathing in.”

The trucks and humming machinery are a constant sound, and Claiborne said it’s often hard to sleep.

Plants across the region

It’s the same story in communities across the South, where Enviva and other companies are cutting trees, turning them into wood pellets and shipping them to power plants in Europe and Asia. Enviva has nine plants from Virginia to Mississippi, including four in North Carolina.

These plants are at the center of two debates — one over environmental justice and another over just how climate-friendly wood pellets actually are.

Trucks pull in and out of Enviva’s Northampton wood pellet plant all day.

U.S. exports of wood pellets are up 59% since 2016, with sales approaching $1 billion a year. That’s in part because of government subsidies on both sides of the Atlantic and global rules that allow wood pellets to qualify as carbon neutral. But scientists and environmentalists have been pushing back on the rules.

“Framing biomass burning as carbon neutral has incentivized the forest industry to gear up to produce wood pellets for power plants in Britain, the E.U., South Korea and beyond,” said Tim Benton with British research firm Chatham House, which published a recent report critical of the wood pellet industry.

Under global carbon accounting, power plants don’t have to count CO2 emissions when they burn wood. Instead, emissions are supposed to be counted where trees are cut. The Chatham House report argues that lots of other emissions in the process don’t get counted from harvesting, processing, trucking and shipping. Trees do grow back, so they’re renewable. But wood pellets actually burn dirtier than coal, which they’re replacing.